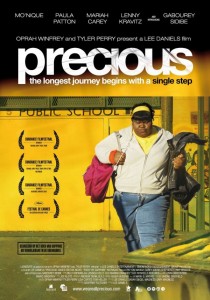 Conspicuously absent was the much hyped film The Hurt Locker, but that’s because it competed at last year’s Indie Spirits where it fared poorly. It wasn’t nominated for best film, director or screenplay, only for two acting spots (Jeremy Renner, Anthony Mackie). Both lost.

Here’s a full list of the award winners from last night: