Paris Hilton was booked by Las Vegas police after the socialite was found to have cocaine in her purse Friday night. 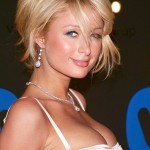 Department have released few details about the case but a police official told CNN Hilton was riding in a black Cadillac near the Wynn Hotel when police smelled marijuana coming from the vehicle and pulled it over. Both Hilton and the driver were arrested.

Hilton has since been released and there are no details on her pending court appearance to face charges.

In a statement to RadarOnline.com on Saturday, Paris Hilton’s attorney David Chesnoff says, “Paris Hilton was released this morning on her own recognizance. This matter will be dealt with in the courts not in the media and I encourage people not to rush to judgment until all of the facts have been dealt with in a court of law. There will be no interviews and no more comments at this time.”

Meanwhile, reports are also surfacing that Vegas police did not follow standard procedure during the arrest.