You don’t have to be Jewish to relate to Monica Piper’s hilarious, autobiographical one woman show, NOT THAT JEWISH, now playing at the Braid Performance Art Space in Santa Monica.

A respected stand-up comic and Emmy Award winning writer, Ms. Piper takes us on a poignant  journey that introduces us to colorful characters who could have stepped out of a Neil Simon play. There are cousins and uncles, neighbors and grandparent, not to mention Mickey Mantle, but more about him later.

Raised by loving parents in the Bronx, Monica’s father was a performer who gave up his career to support his family. 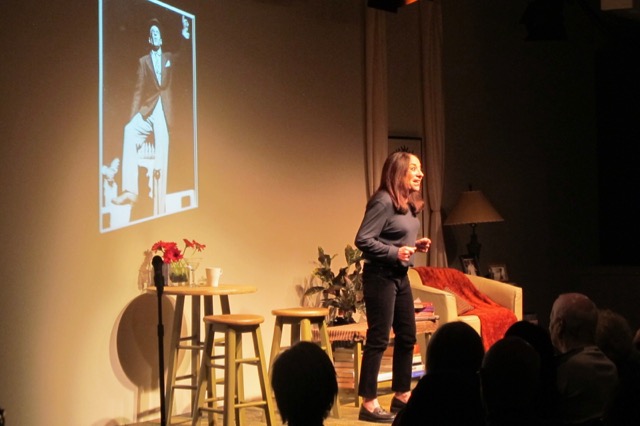 Though of the Jewish faith, Monica’s immediate clan are “not that Jewish.” They go to temple on high holidays and follow many of the traditions, but are not particularly religious. What they do have is the motivation to do the right thing. To be kind. To accept others. When as a child, she asks her mother if the family has a Jewish heart, mom replies, “yes, darling, we’re Democrats.”

As young Monica begins to develop her wicked sense of humor, her father, perhaps wanting to live vicariously, encourages his daughter to hone her comedy skills. 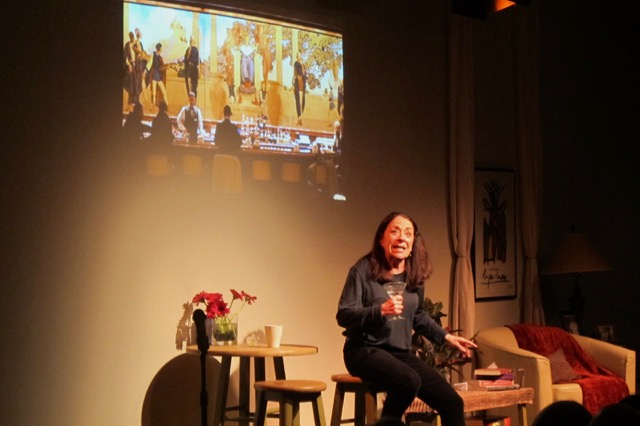 After a short lived career as a high school teacher, Monica takes her fathers advice and begins doing stand up at the Comedy Store in L.A. A long stint on the road solidifies her act and lands her a Showtime special, garnering a nomination for an American Comedy Award. Piper ends up being one of Showtime Network’s “Comedy All Stars,” and one of the top five female comedians in the country. This show is not about Piper’s accomplishments. It’s about winning and losing, and most of all it’s about laughing through it all. 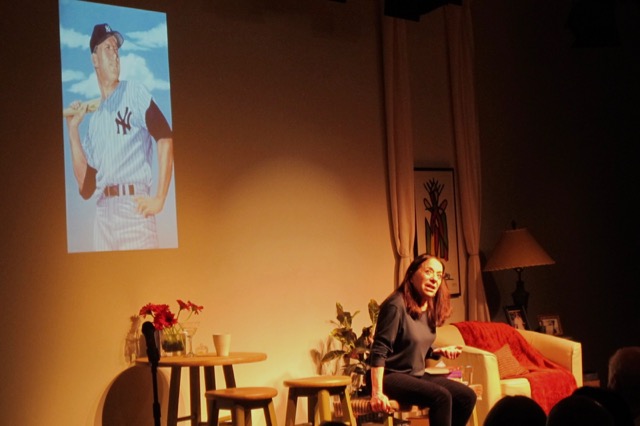 Monica’s saga is both touching and heartbreaking. Getting back to that Mickey Mantle story, it concerns her childhood obsession with the great baseball star. She has his pictures on her wall and he is an inspiration to her, to the point that she marries not one but two tall light haired, blue-eyed non Jewish men. When  she finally encounters “the Mick” in person, years later in a New York bar, their interaction is both creepy and awkward–but like all of her anecdotes, it’s hilarious.

Never meet your heros, they say.

Ms. Piper’s comedy skills, both verbal and physical, are finely tuned and the laughs keep coming–even if some of them are through your tears.

Clocking in at a fast paced 85 minutes, Not That Jewish is an inspiring, finely crafted comedy performance that should not be missed.

When: 8pm Thursdays and Saturdays
2pm and 7:30pm all Sundays
Added performance at 8pm on Wednesday, December 12