SUICIDE MAY HAVE BEEN ATTEMPTED 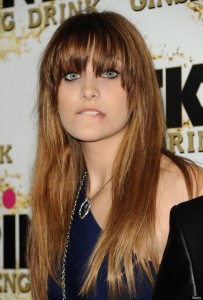 Jackson’s only daughter may have been attempting suicide, the gossip site reports. Paris was taken to a hospital at 2 a.m., according to the site, after a 911 caller stated she had cut her wrists.
The teen most recently tweeted on early Wednesday: “yesterday, all my troubles seemed so far away now it looks as though they’re here to stay.”
She also wrote: “I wonder why tears are salty?”Michael Jackson had three children Prince, Paris and Blanket.Paris was recently reported to be bonding with her birth mother, Debbie Rowe, who was married to Jackson from 1996 to 1999.