Center Theatre Group launches the First National Tour of Roald Dahl’s “Matilda The Musical” this Sunday, June 7 at 4 p.m. at the Ahmanson Theatre.  Produced by the Royal Shakespeare 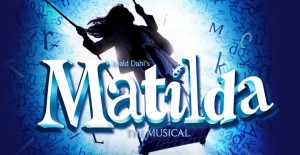 Company and The Dodgers, “Matilda The Musical” continues performances in Los Angeles through July 12, 2015. 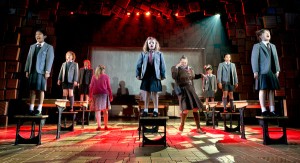 Winner of 50 international awards including four Tony Awards ®  and a record-breaking seven Olivier Awards including Best Musical, “Matilda The Musical” is the story of an extraordinary girl who dreams of a better life. Armed with a vivid imagination and a sharp mind, Matilda dares to take a stand and change her destiny.
Based on 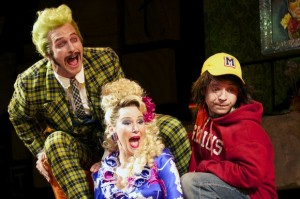 the beloved novel by Roald Dahl, “Matilda The Musical” is directed by Tony Award ® winner Matthew Warchus (“God of Carnage”), who helms this production with a book by Tony Award ® winning playwright Dennis Kelly and music and lyrics by Australian comedian, musician and composer Tim Minchin.

Tickets for “Matilda The Musical” at the Ahmanson are available at
www.CenterTheatreGroup.org, by calling (213) 972-4400, and in person at the Center Theatre
Group box office at the Ahmanson Theatre. Tickets start at $25 (ticket prices are subject to
change). Hot Tix, at $25 each, may be purchased in advance by phone or, subject to
availability, on the day of performance at the box office (no checks). Group tickets are
available by calling (213) 972-7231. For the Deaf community: Information and charge, TDD
(213) 680-4017. The Ahmanson Theatre is located at the Music Center, 135 N. Grand Avenue
in Downtown L.A. 90012
www.CenterTheatreGroup.org
@MatildaBroadway
www.facebook.com/MatildaOnBroadway