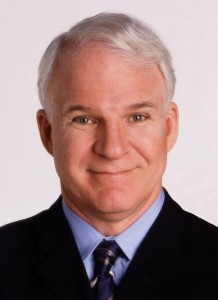 said Martin and Baldwin are “the perfect pair of hosts for the Oscars.”

The producers say they hope to resurrect Oscar’s ratings and make the show more fun by building on the changes introduced at February’s ceremony, which tinkered with the way awards were presented and featured Broadway-style musical interludes.