A complaint was filed against the actor, Keifer Southerland on Tuesday after he headbutted a man while attending the Metropolitan Art Institute’s Costume Gala 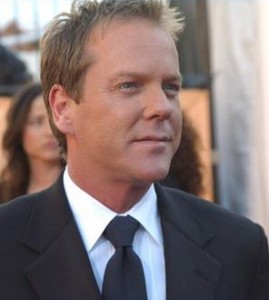 Monday night. The alleged victim, who has been identified as fashion designer Jack McCollough, was seen nursing a broken nose when leaving the First Precinct in Lower Manhattan Tuesday night.

According to reports, the scuffle between Sutherland and McCollough broke out after the designer was seen knocking over actress Brooke Shields.

The incident, which was witnessed by Kiefer and a slew of other attendees, prompted the “24” actor to rush over and assist Shields. According to eyewitness reports, when Sutherland demanded that McCollough apologize for the incident, he refused and was seen shoving Sutherland who responded with a headbutt.

Currently on probation for a 2007 DUI bust, Sutherland has not responded to the allegations.

Sources say he has not been questioned by New York City police as of Tuesday night, however police are investigating the incident.