Beverly Hills, CA – The Academy of Motion Picture Arts and Sciences will present a two-night celebration of the life and career of legendary dancer, director and choreographer Gene Kelly on the 100th anniversary of his birth. Film clips, personal remembrances and an exploration of the technology Kelly used to change the look of dance on film 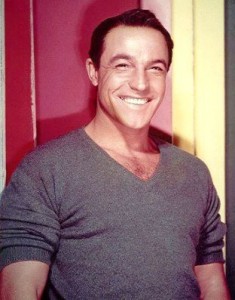 Kelly is perhaps best known for his remarkable dancing, but his talents extended to many different aspects of filmmaking. His work behind the camera, as an innovative director and choreographer, has had a lasting influence on the way that dance is filmed. On screen, he was the proverbial triple-threat as an actor and singer as well as a dancer.

“A Centennial Tribute to Gene Kelly” on May 17 will showcase Kelly’s charisma and creativity, his unique use of props (mops, sheets of newspaper, roller skates) and environments (a rain-drenched street, a creaky old barn), and his extraordinary athleticism in films like “Living in a Big Way” and “The Pirate.” His beloved classics “An American in Paris” and “Singin’ in the Rain” will be discussed along with later directorial efforts such as “Invitation to the Dance” and “Hello, Dolly!”, with insightful commentary on Kelly’s creative process.

“Gene Kelly: Choreography and the Camera” on May 18, presented by the Academy’s Science and Technology Council, will take a more in-depth look at how Kelly’s contributions helped change the look of dance on film. Even during the height of his career, Kelly frequently encountered technical barriers and studio resistance in his efforts to build dance numbers into the structure of film and bring the dance, quite literally, into the streets. The program will discuss how he overcame those obstacles and will also explore the innovative ways that he used cinematography, animation and sound to create some of his most iconic scenes.

In 1951 the Academy presented Kelly with an Honorary Award (an Oscar statuette) for “his versatility as an actor, singer, director and dancer, and specifically for his brilliant achievements in the art of choreography on film.” Kelly had previously received a Best Actor nomination for his role in “Anchors Aweigh” (1945).

Tickets to “A Centennial Tribute to Gene Kelly” and “Gene Kelly: Choreography and the Camera” are available for purchase. Tickets for each evening are $5 for the general public and $3 for Academy members and students with a valid ID, and may be purchased by mail, at the Academy box office (8949 Wilshire Boulevard, Monday through Friday, 9 a.m. to 5 p.m.), or online at www.oscars.org. Doors open at 6:30 p.m. Ticketed seating is unreserved. In the event that tickets are sold out, a standby line will form on the day of the event, and names will be taken when the Box Office opens at 5 p.m.