LA Games Conference at the Hollywood Roosevelt Hotel was what you might expect; game developers, gamers, device gurus and a host of brilliant-game-idea people ready to sell their vision to the right buyer (naive of the deep economics behind gaming)… and a few Ninjas.

Gamers spend billions of dollars annually so it is worth understanding 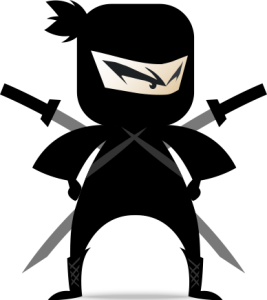 some of the dynamics behind gamer spending. Ari Brandt, CEO of MediaBrix, the industry leading ad platform that delivers immersive brand messages during “breakthrough moments” in social and mobile gaming, proposed maximizing advertiser revenue.  “Advertisers are not evil,” he declared in a suitable display of gamer polar thinking. He also offered the keen attendees some polished advertising mantras; “know who your players are”, “treat it like a TV show”, “keep your user base up” and “go for frictionless advertising”.

Keeping your user base up sometimes means stopping them from failing out of the game (it’s not the real world after all).  One strategy suggested to achieve this is to send in “HELPERS” digital game fairy-godmothers who will pluck the unfortunate gamer out of the quagmire that is about to snuff them out.  The player stays in the game and everyone is happy.

Cultural and regional difference in gamer 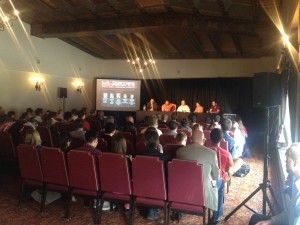 temperament, it was suggested, requires developers and game lords to do a little spectrum shift to achieve that viable geographical shift and still connect in a meaningful way with the new potential players.

Monthly update to keep the game “alive” and “fresh”, special events in the game world –one example was Easter bunnies that the gamer could track down and slaughter- and most important of all, “find out why they are trading-out (leaving) and respond to individual behavior.  And that’s where the Ninjas come in.

NinjaMetrics Inc. is a company that professes to tell the developer with 70% to 90% accuracy exactly what the gamer is going to do, according to Greg Kathol, NinjaMetrics marketing director. “Our approach is straightforward,” declares their website, “Any action, interaction or transaction you can think of, we track. We’ll tell you how often it happens, what % of players do it, and extra stats on the ones who do.”  Extra stats on the ones who do???  Greg explained that they were founded by very smart Phdites.  He assured me they could get the skinny on any player… because they had so much data on the player.  I mentioned that the N people (that agency right on the Belt Way) would love to know their algorithms.

“Our founder works closely with them,” he said.

Dmitri Williams (PhD, University of Michigan) is the CEO, Sensei, and Co-Founder of NinjaMetrics, and a world-recognized leader in the science of online metrics and analysis.  He’s married with kids and seems morally grounded… he said they could predict a persons behavior with 90% accuracy with sufficient and relevant data.  The implications of this and the willingness of people to allow dumpster-diving into their most personal and private details lead on to a clear question of social responsibility on the part of those with such tools and access. Doc. Williams reassured me that he was fully aware of the power these tools gave to the key holders, but he was morally committed to human welfare… his piercing, keen and unemotional eyes convinced me… convinced me, that is, that we are heading for a remarkable future.  A future more tenuous, more alarming, and more eventful than any game on PlayStaion IV.