The actor who once starred in the sitcom “Growing Pains” is now a born-again Christian and evangelist.  Appearing on CNN’s “Piers 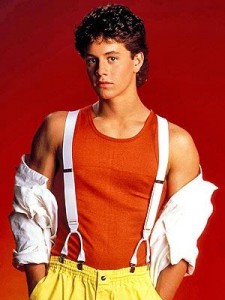 Morgan Tonight” on Friday, March 3, Cameron told the host about his position on gay marriage and how he would react if one of his six children turned out to be homosexual.

“Marriage is almost as old as dirt, and it was defined in the garden between Adam and Eve. One man, one woman for life till death do you part, so I would never attempt to try to redefine marriage. And I don’t think anyone else should either. So do I support the idea of gay marriage? No, I don’t.”

The Gay & Lesbian Alliance Against Defamation (GLAAD) fired back at Cameron on Saturday.

“In this interview, Kirk Cameron sounds even more dated than his 1980s TV character,” Herndon Graddick, Senior Director of Programs at GLAAD said in a statement on the organization’s website. “Cameron is out of step with a growing majority of Americans, particularly people of faith who believe that their gay and lesbian brothers and sisters should be loved and accepted based on their character and not condemned because of their sexual orientation.”