Actor, Ernest Borgnine died today at the age of 95.

Best known for his 1955 Academy Award winning performance in the film, “Marty, Borgnine died of renal failure at Cedars-Sinai Medical Center in Los Angeles with 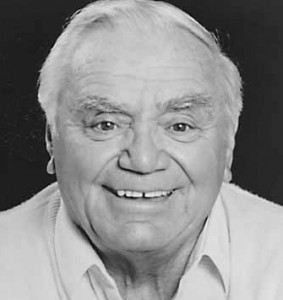 his wife and children at his side, a spokesman told the Associated Press.

Born Ermes Effron Borgnino in 1917, his career spanned more than six decades. His many movie credits include, “The Wild Bunch,”The Dirty Dozen”,” and “The Vikings.”

On TV, he co-starred in the mid-1980s action series “Airwolf” and earned an Emmy Award nomination at age 92 for his work on the series “ER.” He was honored with the Screen Actors Guild Life Achievement Award at the SAG Awards last year.