AFI FEST 2010  announced today that it will host the world premiere of Edward Zwick’s LOVE & OTHER DRUGS as the festival’s Opening Night Gala on November 4. Darren Aronofsky’s BLACK SWAN closes the festival 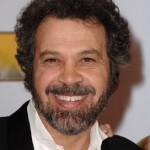 on November 11. AFI FEST 2010 will take place in Hollywood, California at the historic Grauman’s Chinese Theatre, the Mann Chinese 6 theatres, the Egyptian Theatre and the Hollywood Roosevelt Hotel from November 4-11, 2010.

”Ed Zwick and Darren Aronofsky honor us by premiering their films at AFI FEST,”
said Bob Gazzale, President and CEO of the American Film Institute. ”As alumni of
the AFI Conservatory, both men symbolize 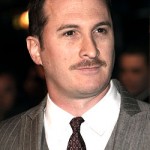 a perfect fusion of the Institute’s national mandate to educate the next generation of storytellers and to honor the artists and their work.” David Lynch, who serves as the festival’s Guest Artistic Director, is also a graduate of the AFI Conservatory.

”These two films are a perfect pair to open and close AFI FEST because they tell extraordinary stories from unique and very personal points of view,” said Jacqueline Lyanga, Festival Director and also a graduate of the AFI Conservatory. “We are proud to offer them as the frame to a program of cinema that embraces both mainstream and experimental voices and seeks to engage the audience in the discourse around the year’s most significant new films.