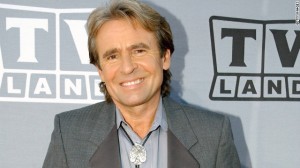 TMZ.com is reporting that Davy Jones of the Monkees has died of a reported heart attack at the age of 66.

According to TMZ, they have received confirmation from Martin Memorial Hospital in Martin County, Florida, regarding Jones’ passing.

Jones joined The Monkees in 1965 and along with Micky Dolenz, Michael Nesmith and Peter Tork, the band released a number of hits including, “Daydream Believer,” “Last Train to Clarksville” and “I’m a Believer.”