After casting tens of thousands of votes at www.peopleschoice.com from Jan. 6-20, the 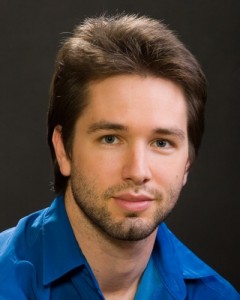 public named the pitch for the adventure spy drama produced by Minnihan and written by Steven G. Long as its favorite to receive an official Waterford Crystal People’s Choice Award. The winning pitch can be viewed at www.peopleschoice.com/pca/influence/AFM/.

Additionally, Minnihan will receive an AFM 2010 package that includes full access for two to the AFM; airfare for two to Los Angeles; hotel for five nights in Santa Monica; and scheduled meetings with producers and distributors.

AFM teamed with the People’s Choice Awards to create the Favorite Film Pitch contest, providing an increased opportunity to get film pitches in front of producers, distributors and, in a unique twist, the voting public.

A St. Louis native and graduate of Webster University, Minnihan’s diverse media career ranges from supervising the casting of extras for Merchant Ivory Productions’ The White Countess to serving as a screenwriter and director for Shanghai’s Meiwenti Productions. He has also worked as an event videographer in the U.S., had his writing published in the world-renowned Senses of Cinema journal, and served as writer and editor for China’s national Dragon TV.

Submissions to the first Favorite Film Pitch contest were recorded live Nov. 7-10, 2009, at the American Film Market in Santa Monica. Each pitch was limited to two-and-a-half minutes and the five finalists were chosen by a group of industry leaders. During the 2010 People’s Choice Awards broadcast Jan. 6 on the CBS Television Network, fans were invited to vote exclusively online for their favorite pitch video.

The People’s Choice website at www.peopleschoice.com serves as a year-round destination for entertainment enthusiasts to voice their opinions on pop culture. Now in its 36th year, The People’s Choice Awards is voted on entirely by the public for fan favorites in music, movies and television. Fred Nelson is the President of People’s Choice, and the website and awards show are produced by Procter & Gamble Productions.
About the AFM
The business of independent motion picture production and distribution – a truly collaborative process – reaches its peak every year at the AFM when more than 8,000 industry leaders converge in Santa Monica for eight days of deal-making, screenings, seminars, premieres, networking and parties.

Participants come from over 70 countries and include acquisition and development executives, agents, attorneys, directors, distributors, festival directors, financiers, film commissioners, producers, writers, the world’s press and all those who provide services to the motion picture industry.
AFM is the premiere global marketplace where Hollywood’s decision-makers and trendsetters all gather under one roof. Unlike a film festival, the AFM is a marketplace where production and distribution deals are closed. In just eight days, more than $800 million in deals will be sealed — on both completed films and those that haven’t started shooting yet — making AFM the must-attend industry event.

The AFM is produced by the Independent Film & Television Alliance (IFTA), the trade association representing the world’s producers and distributors of independent motion pictures and television programs. More information can be found at www.AmericanFilmMarket.com.