According to the NY Post, the ‘Major League’ star was found drunk and naked in his room at the Plaza Hotel this morning, according to authorities. Sheen reportedly trashed his suite, damaging a chandelier in the process, after he noticed his wallet was missing. He admitted to the police that he had been “out partying.”

TMZ is reporting that 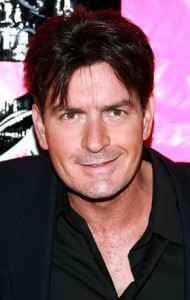 Sheen was hospitalized last night. We’re told he was in New York City when there was some sort of medical emergency, and Charlie was taken to a local hospital. We’re now told at 2:07 Am, emergency dispatch received a 911 call for possible intoxication.  Charlie was taken to New York Hospital at 2:30 Am.  Police sources say Charlie went voluntarily and that Charlie was “intoxicated, irrational” and “emotionally disturbed.”