Grammy nominated musical composer and director Stormy Sacks has announced plans to produce a major fundraiser called “HOORAY FOR HOLLYWOOD…HIGH” on January 10, 2013 at the
El Capitan Theatre in Hollywood, 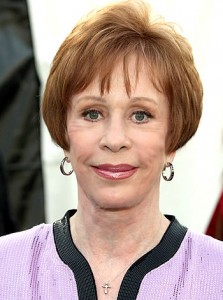 CA. The event will honor Hollywood legend, Carol Burnett, who will be in attendance.

An award-winning actress and best-selling author, Carol Burnett is widely recognized by the public and her peers for her work on stage and screen, most notably The Carol Burnett Show. Named in 2007 by Time magazine as one of the “100 Best Television Shows of All Time”, the show ran for 11 years and received 25 Emmy Awards. Recognized for her comedic and dramatic roles on television, film and Broadway, Burnett has also received the Presidential Medal of Freedom and is a Kennedy Center honoree. “This is a great thrill for me. I am so proud to be a part of this effort to bring the arts to Hollywood High,” Burnett said.

The City of Los Angeles through Councilman Tom LaBonge will proclaim Jan 10th as Carol Burnett Day in Los Angeles.

Hollywood High School Performing Arts Magnet provides students with invaluable access to the highest caliber performing arts programming.  Because of major LAUSD cutbacks, funds allotted to the Performing Arts Magnet have diminished year after year. This year there is no funding for the fall and spring productions.  More than ever, there is a greater need to raise money allowing the Magnet to provide instruction and to 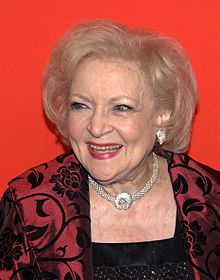 support its annual productions.  “This incredible school has a legacy of major movie, TV and music stars who attended or graduated, going back to Fay Wray, Judy Garland, Mickey Rooney, Carol Burnett, Brandy Norwood, John Ritter, Lana Turner, Charlene Tilton and Laurence Fishburne, to name a few”  stated Stormy Sacks.  “My vision is to have a legacy fundraising event yearly, so that the Hollywood High Performing Arts Magnet can be the training ground that supplies the industry with the most talented individuals, both on stage and behind the scenes. We hope to raise more than $100,000 so that we can provide those skills and opportunities for our students.”
For more information and to buy tickets for this event click HERE or call 1-800-DISNEY6