Artist, Bridget Griggs, loves California! She has recently returned to Los Angeles. to showcase Tribal Love, a David Bowie-inspired work of art, as well as her intriguing abstract Infinity series that was birthed in L.A. in 2015. That was the year she drove from 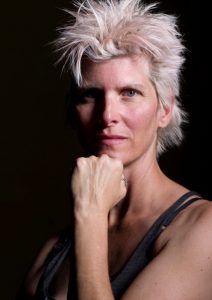 Toronto and found a new and powerful direction that has since led to many opportunities. The proof is in the pudding, as they say, because less than two years later she was back to painting live with David Bowie’s band at The Wiltern Theater.

Bridget also created a David Bowie inspired mural in 2016, on Lafayette Street in NYC, that Bowie’s wife, Iman, gave a nod to by sharing it with her many followers.

Born in Canada, where she began her creative journey, Bridget is recognized for her artistic virtuosity. Her paintings can  be seen in numerous public spaces across Canada and the US, including the lobby of The Fairmont Hotel in Calgary,  Odgers Berndtson at the Royal Bank Plaza, Totum Fitness Life Science, offices of the TD Financial Group to name just a few. 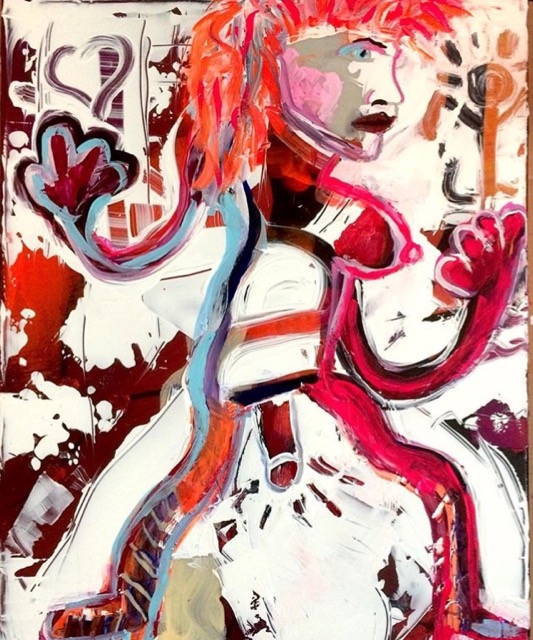 Bridget has a strong symbolic message in her work and it inevitably evokes positive feelings. Her expression is spontaneous and prolific. Her work is dynamic and her painting are being seen and appreciated in private and public collections across the globe. Without a doubt she is gathering new fans and supporters every day. 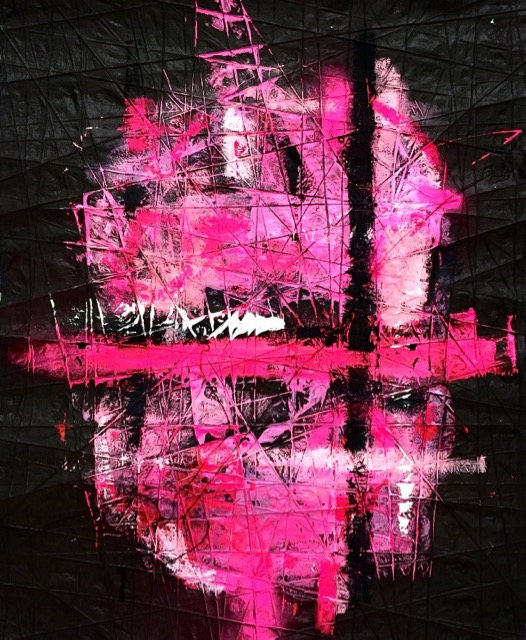 Most recently, Iman Bowie, again blessed Bridget’s work a big shout out via Instagram, praising her “We Can Be Heroes” series.

You can see more of her work here://bridgetgriggsart.com/new-infinity-infinities-series-black-and-white-on-paper/ 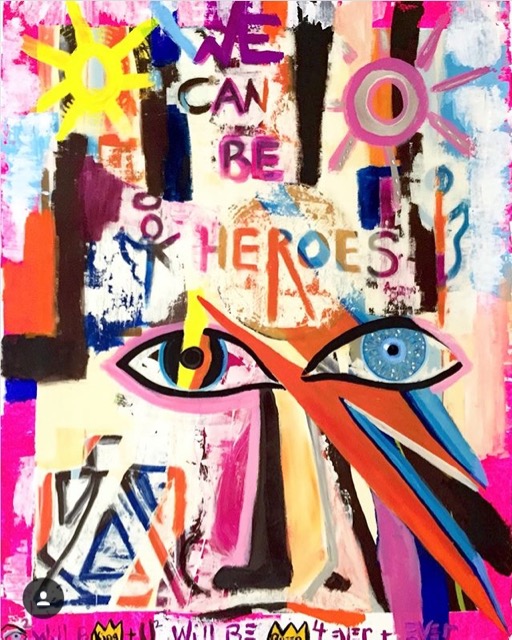 Bridget is in Los Angeles until November 19th/18.
Contact her direct to align with her work:
artistbridgetgriggs@gmail.com
www.bridgetgriggsart.com