WASHINGTON — On Tuesday, dozens of artists, musicians and other members of the creative community delivered a letter to FCC Chairman Tom Wheeler urging the agency to abandon its pay-for-prioritization proposal and stand up for real Net Neutrality. Wheeler’s proposal — which will be considered during a May 15 FCC meeting — reportedly allows Internet service providers to charge extra fees to content companies for preferential treatment. 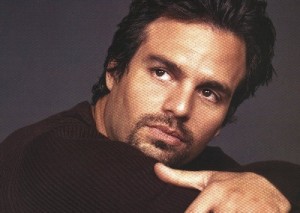 Erin McKeown, Joe Perry, Tom Morello, OK Go, Fugazi and Fred Armisen, among others. “The Internet has enabled artists to connect directly with each other and with audiences. It has eliminated the barriers of geography and taken collaborations to new levels. And it has allowed people — not corporations — to seek out the film, music and art that moves them.”

Signers of the letter urge Chairman Wheeler to scrap his proposed rules and instead “restore the principle of online nondiscrimination by reclassifying broadband as a telecommunications service.”

“Maybe the term Net Neutrality is unfamiliar to most folks, but the concept it describes is one that everyone can and should care about: that the Internet shouldn’t be divided into fast lanes for the wealthy and slow lanes for everyone else,” said singer-songwriter Erin McKeown. “I am proud to stand with my fellow artists and citizens in support of an open Internet for everyone.”

“The people ARE the Internet.  Do not let the stock markets dictate our access to information,” said Brendan Canty of Fugazi. “Our government needs to hear from us on all fronts:  Free speech is not a commodity, it’s a right.”

The letter was coordinated by the Future of Music Coalition and Free Press, two nonprofit organizations with a long history of supporting accessible and open platforms for creativity and entrepreneurship.

“This is the crucial moment for artists and everyone else who uses the Internet,” said Casey Rae, VP of policy and education for the Future of Music Coalition. “We’ve seen time and again that musicians and other creators will go to bat for an open and accessible Internet. But what we’re seeing here is unprecedented. Net Neutrality has become the rallying cry for anyone who believes that creative expression and entrepreneurship must be preserved online. It doesn’t matter if you’re liberal or conservative, superstar or starry-eyed — we’re all banging the drum for nothing less than our right to use our voices in the way that we see fit.”

“2014 is going to be a make-or-break year for the Internet,” said Candace Clement, Free Press field director. “Stopping the FCC’s pay-for-prioritization proposal today is about making sure that artists can continue to create and innovate without fear of online discrimination. The FCC must protect real Net Neutrality for the sake of all Internet users, in particular for communities like this one.”