Actor Andy Griffith, who played Sheriff Andy Taylor in the fictional town of Mayberry, died Tuesday at the age of 86, his family said.

Griffith died at about 7 a.m. at his home on Roanoke Island, according to Dare County, North Carolina, Sheriff 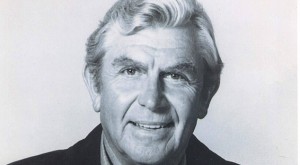 He passed away after an unspecified illness and “has been laid to rest on his beloved Roanoake Island,” his family announced in a statement.

Actor and director Ron Howard, who played Griffith’s son, Opie Taylor, on “The Andy Griffith Show,” said he is “forever grateful” to the actor.

“His pursuit of excellence and the joy he took in creating served generations & shaped my life,” Howard said on Twitter.