The 30th American Film Market opened today in Santa Monica. This year the AFM hosts a record 80-plus acquisition companies, more than doubling the amount of first-time participants in most previous years.

Of the acquisition companies new to the AFM, 13 are from South Korea; 10 from the U.S; 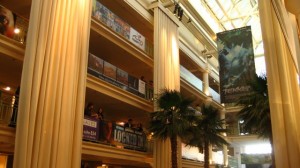 seven from Russia; five from China; and four from Canada. Additionally, there will be multiple buying companies joining from Brazil, France, Germany, Hungary India, Mexico, Spain and the Czech Republic.

The number of exhibitors however has dropped  by 43, from 412 last year to 369, representing a 10% decrease but on par with numbers earlier this decade. 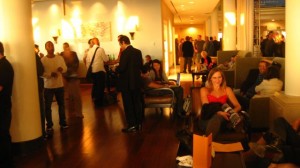 screen 486 motion pictures in 28 languages, including 75 world premieres and 328 market premieres to buyers and industry professionals from more than 70 countries.

Meanwhile, contrary to popular opinion, it is not all doom and gloom at this year’s AFM. Rising admissions figures around the globe and the breakout success of 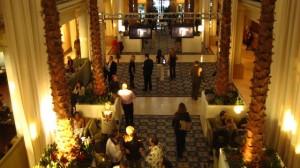 While sales agents once came to Santa Monica confident of locking in perhaps 60% of the budget through pre-sales, in 2009 expectations are more modest as the slump in TV advertising and the flattening DVD sector means even the biggest sellers on the circuit 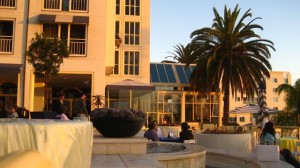 are turning to other financing sources to make up the numbers.

Gone are the reckless investors who created a glut of $40m-$50m product in the market — now the focus is on quality at both ends of the budget range.

Screen Daily quotes IM Global’s Stuart Ford as claiming “the slowdown in production seems to be causing increased competition for the stronger new packages,” says . “The key buyers aren’t in the ‘wait and see’ frame of mind they were in a year ago.”

FilmNation chief Glen Basner adds: “It’s not accurate to say you cannot pre-sell. There has been a significant shift in terms of valuation and what people are willing to pre-buy, but if you hit that target you can do it.”

Japan used to be about as big a target as any sales agent could aim for, but these days it has become one of the toughest sells. Young audiences no longer regard US product as a must-see, be it studio or independent, and it is female audiences that drive viewing decisions.

“We’re looking for projects with strong stories and emotional content that will appeal to Japanese audiences – something that is new and not necessarily star-driven,” says Avex Entertainment head of acquisitions Ken Umehara in Screen Daily.

“In difficult times entertainment has a chance of growing, so we believe in the future of the theatrical business and home video,” says PlayArte Pictures vice-president Otelo Bettin Coltro. “We are aggressively acquiring more rights for Brazil and Latin America and we are optimistic there will be product.”