The story, based on the book “Bug” by Max Doty, concerns a smart but awkward high school freshman named Ted, (Lorenzo James Henrie) 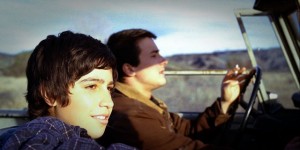 who lives with his abusive, paralyzed father Ron (Billy Campbell – “The Rocketeer”) and his older brother Truck (Alex Frost – “Elephant”), the golden-boy star receiver of the high school football team and leader of “The Kings,” a local gang of young troublemakers.

Before long Ted is invited to hang out with 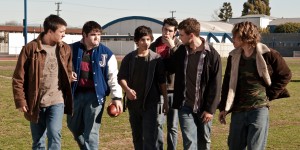 The Kings and soon learns of their secret agenda: to have sex with as many freshman high school girls as possible. Hoping to impress them, Ted reluctantly agrees to join their contest and helps invite his female classmates to their parties.

Fueled and validated by his pending membership in the gang, Ted is especially excited that his secret crush, Kallea (Hayley Ramm), is finally showing some interest in him.

Ted however must pass the King’s final test by taking a different freshman girl’s virginity in order to become a full fledged member. Torn by his feelings for Kallea and, perhaps, wanting to save himself for her, Ted lies to his buddies and doesn’t go through with it, his doubts about belonging to the Kings starting to surface.

When Ted also discovers that his brother is cheating on his pregnant fiancé, Lizzie (Portia Doubleday – “Youth in Revolt”), he reveals the secret. Furious, Truck decides on revenge for his little brother and sets up a trap. Even family has a price to pay if they betray the Kings.

After a final, violent showdown with Truck, Ted, badly beaten, manages to save Kallea from being raped by the Kings. He and Kallea escape, and the boy realizes he must cast out everything he has believed in–everything that is rotten in his world. Though his budding relationship with Kallea may or may not have run its course, Ted becomes a man by his own actions, not through the gang mentality of his once beloved Kings.

Ably directed by Flores, “Almost Kings” is a captivating look at the teenage wasteland that small town America often cultivates. With impressive performances from its young cast, this film is a raw, “fly-on-the-wall” look at lives lost before they’ve even reached adulthood. Despite it’s air of desperation, “Almost Kings” has a strong, empathic voice and a finely tuned lightness, ultimately leaving us with hope, not only for its lead character, but also the talented cast and filmmakers.