A $50,000 reward was offered today for information leading to the arrest of the hit-and-run driver who killed video-game casting director, Brigette Burdine on Dec. 29th in Playa del Rey. She was struck 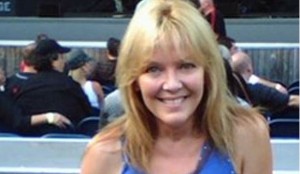 about 1:45 a.m. near Culver and Nicholson Street by someone driving a dark-colored sedan. The suspect’s vehicle was last seen headed east on Culver Boulevard.

Burdine, who had her own casting agency, was particularly well respected in the video game world for her work on games such as “Guitar Hero,” “World of Warcraft” and “Mortal Kombat.” One of her most recent casting assignments was the feature film, “Yellow Rock” starring Michael Biehn and Lenore Andriel.

Police have asked body shop employees in the South Bay area to call them if they are asked to repair front-end damage on a car matching the hit-and-run vehicle’s description.

Anonymous tips can also be left online at LAPDonline.com.

Mike Burdine, her uncle, said he hoped the reward approved by the City Council would help police find the culprit.

“They seem to be stymied at this point and they don’t have any leads to go on,” he said. She “was a beautiful person. A very giving person,” he added. I used to tell her that she was giving — to a fault — because she would help anybody out. And now she needs some help, and the family needs some help to get closure on this thing.”

Tipsters can also contact Crimestoppers by sending a text message beginning with the initials “LAPD” to 274637.