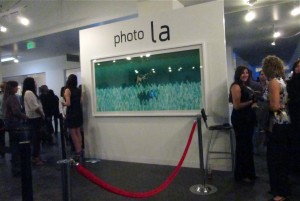 2000 subjects and more than 600 celebrities from Marilyn Monroe to Angelina Jolie.  His photographs can be seen in permanent collections  of museums around the world and he has published several books of photography, including, “Freeze Frame,” Coco Chanel: Three Weeks, “An Evening with Marilyn” and the recently released “A Life in Pictures.
Celebrity guests this evening included Danny Masterson, Moby, Elle Fanning, Jamie Ward (Les Miz) and Brandon Boyd from the band Incubus.
photo l.a. is presenting 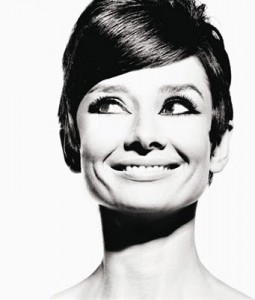 its widest collaboration of photography yet, exhibiting works dating from the 19th century, up through the most cutting edge contemporary photo-­based art.
photo l.a. will continue its celebration of the photographic arts, both through the exhibition of internationally renowned galleries and as a platform for education and discussion. Known for its dynamic programming, photo l.a. will once again spearhead a unique series of lectures, roundtable discussions, and docent tours as a valuable supplement to its exhibitions.
Tonight’s opening night gala will benefit local nonprofit arts organization, Inner-City Arts,  an oasis of learning, achievement and creativity in the heart of Skid Row.